I am Gus.  I am guilty of clickbait.  I have fun doing clickbait… if it works. 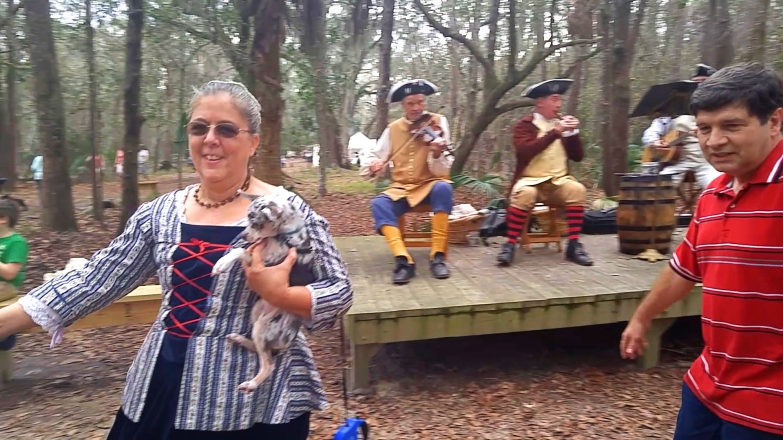 I danced with Miss Deborah.  She is a dance teacher at Fort Morris State Park in Midway Georgia.  Her husband, Mr. Arthur, is the manager there.  He danced too.  I couldn’t learn the steps because my leggs didn’t reach the ground.

I am Gus.  I too like peoples.  I went to a place called Wormsloe State Historic Site with Jims and Mama Becky and my buddy Eli.  I guess they named the park after worms.  I looked, but I didn’t see any worms.  Doggs don’t like worms.  I too don’t like worms.  Jims said that maybe they named it after silkworms that they grew to make silk when they first came to Georgia.  I think maybe they were the kind that sleeps under the ground or maybe the kind that doggs don’t like.

There were lots of peoples dressed in old looking clothes there.  Some were soldiers.  Some were just regular people.  They dressed like peoples did when Wormsloe was first started in 1733 by a man named Jones.  I guess he was really special because peoples kept calling him “noble” Jones, so he must have been a very noble guy.

Mr. John Kellam and Mr. Bill Smith and (later) Mr. Jamie Keena played music for us to dance.  I too like music.  I too like to dance, but my feets were too short to reach the ground.

My buddy Eli and me with lots of Scottish guns and swords.  The round, red thing in the middle is a targe.  Jims tells me that in the Scots languages it is the same thing as a shield called a target.  I guess it’s like the big box store with the same kind of red-looking circle.  Maybe they sell them there.

They played music to dance to, so when Miss Deborah asked me to dance… we did.  She taught peoples and me to do a reel.  We danced in a circle and we clapped our paws together when she said to.  I had trouble with the steps because my dogg leggs were too short to reach the ground.  I guess you can say that I was just hanging out with them.  We danced in and out and in a circle again.  We had lots of fun.

The little guns didn’t bother me too much, but the big cannon’s BOOM made me run behind Jims.  Jims is a pretty big guy.  Mama Becky says it’s called bulk.  I guess he must be like the Hulk monster, but not green.  I don’t think Jims gets that mad though.  I’ve never seen throw a car down the street.  Not even a Prius.  Would that make him green?

The soldiers danced with us, but they also shot their guns to show peoples how they worked.  They also shot a big cannon.  I don’t like drums that soldiers play but I too don’t like when big cannons go BOOM!  I always hides behind Jims.  He is kind of big.  Mama Becky says he has bulk.  I can hide behind bulk.  I guess he’s the Bulk Monster, but he’s not green like the Hulk.

We met the historic site manager, Gretchen Griminger who patted my head.  I too like Manager Gretchen.  She makes homemade doggs biscuits and gives them to doggs at the park.  I too like homemade dogg biscuits so we went to the museum where a nice lady gave me one.  They were free.  I too like free doggs treats… so I ate it. 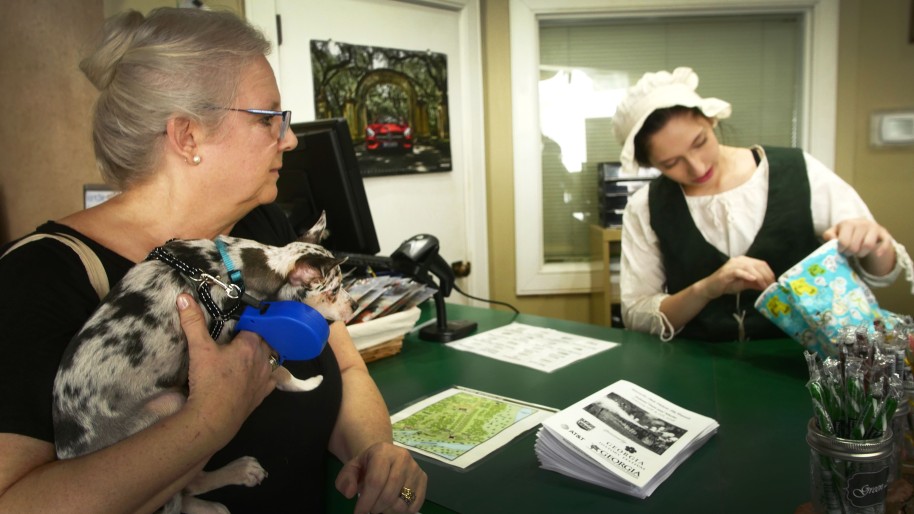 In the museum, they have lots of pictures and old things.  Jims calls them artifacts.  He and my buddy Eli went around and looked at them.  Jims told Eli what some of them were.  They had a good time.  I wanted another dogg treat.  I too like treats.

Jims and my buddy Eli looked at pictures and artifacts in the museum.  I sat with Mama Becky and ate dogg treats.  I like dogg treats better than artifacts… except maybe bones.

There was an old fort that Mr. Jones made when he came.  The old tabby walls are still standing.  The tabby is made from sand, oyster shells and water.  It makes a hard concrete.  I thought tabby was a kind of cat.  I was told that cats can be really hard headed.  Maybe that’s why they call it that.  Tabby is really hard too. 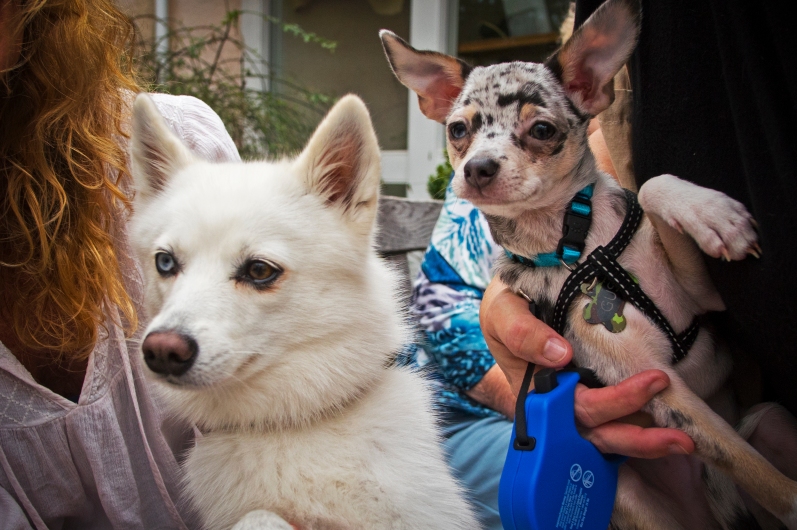 I had a good time seeing peoples at Wormsloe.  I too like Wormsloe, but I don’t like worms.  I give it three paws.

If you are a little kid you can send me a drawing and I will put it up over my bed… or even if you are a big peoples… and maybe I can put your drawing on my dogg blogg.

Thank you.  Please like and follow my dogg blogg and I will lick you when I see you.